Owner MUST collect their pet excrement.

Do you want a free entrance?

It's very simple. Just come to us, work for a while with love, one or two hours, and stay with us as much as your heart desires. You will not just walk and stay in the area of harmony, but also you will have a great opportunity to weed out all your problems, stress and tension out of your mind. And you will do it by trembling, raving or anything else. When you arrive, we will explain how this is all about and how things are going when you are doing physical work with thought and love.

Also you can drink delicious coffee, special tea of labirinth in the café( snacks and drinks are not included in the offer).

See you there. All are welcome of your love for the environment here. 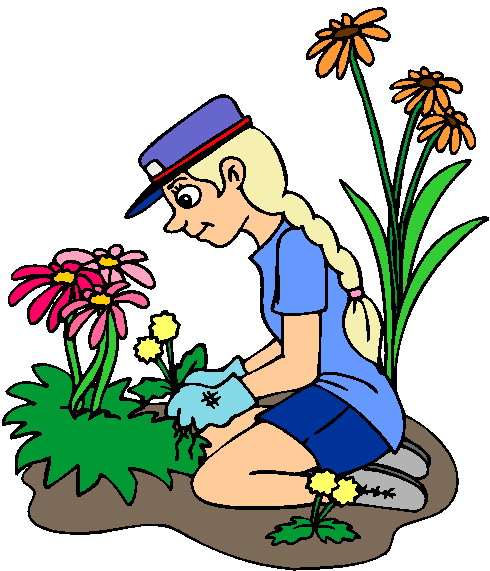 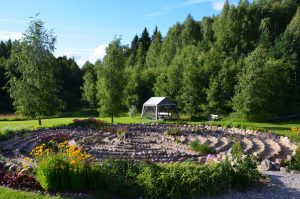 The purpose of this labyrinth is working with ourselves, searching for the inner “ME”, giving replies to questions, solving problems, finding peace and fulfilling dreams. One, however, should never forget that the dreams come true only when we use the present tense and, what’s even better, thank for it in advance. If you give your thanks for the things you wish to have (for perfect relationships, a dream job, remarkable health, a living without lacking anything) before you are in possession of them... Read more

The length of the labyrinth is 600 m. 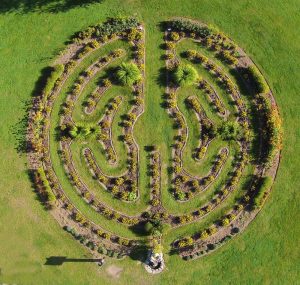 It harmonizes relationships between lovers, family members, brothers, sisters, friends, cousins and team members. It has two entrances leading to the centre and a single common exit. If two people walk the labyrinth, one walks the first path and another takes the second one. If it is a family, friends or a group of people, a part of them walks the first path and the rest people the second path. If you don’t have a beloved or you have not found him or her yet, then you can walk alone the path and imagine your beloved walking another path, or ask GOD to send someone into your life with whom you will want to live your entire life.  Read more

The length of the labyrinth is 54 m. 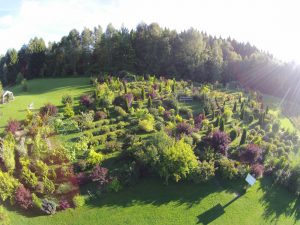 The labyrinth has eight circles, a center and four meditation sites in its corners. Number eight is the symbol of infinity, which shows us that we never have to restrain ourselves anywhere.
We can reach as far as our thoughts go. When we suppress ourselves, we lose self-confidence and the belief that we can do so much, that we have so many talents and that everything we have ever dreamt about can become reality merely... Read more 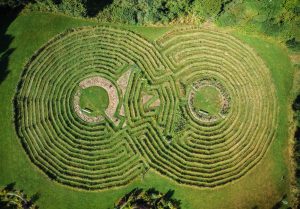 This is a figure of eight shaped labyrinth with the significance of infinity, the balance and harmony of all energies. It is the labyrinth that balances the left and right brain hemispheres. The left hemisphere is responsible for the mind and the right – for intuition, so one must learn to follow both his own mind and heart. The labyrinth has two circles – male and female. Its path begins and ends in the centres of the feminine and masculine energy flows – in the intersecting points of two circles. Read more 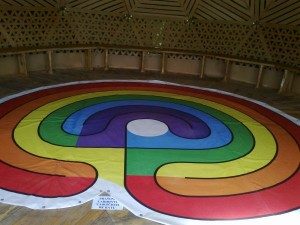 Richard Anderson, the author of books and labyrinth specialist, found that when walking the labyrinth, a person unknowingly passes through different states of consciousness and gets extraordinary experiences. Vital energy is being awakened, and it starts moving through the chakras. In this labyrinth, which has seven circles, energy moves in the following order: 3, 2, 1, 4, 7, 6, 5. Energy begins to move from the third to the second chakra, then – to the first; and then it jumps up into the heart (the fourth chakra), then to the top of the head, at the fontanelle (the seventh chakra), later – to the front of the pituitary gland of the forehead between the eyebrows (the sixth chakra), and from there it descends down into the throat (the fifth chakra).  Read more

The length of the labyrinth is 100m. 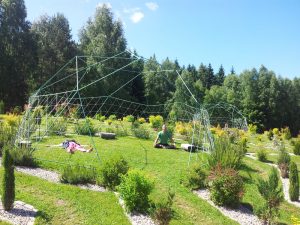 Knowing the meaning of shapes, lines, objects and the importance of freedom of thought we give everything a sense. Our goal is not only to build a structure, but also to make it meaningful and functional. The first dome, as you can see, is covered with wood shingles so that it could serve as a tool to protect people from rain. The second dome is designed for kids to climb, train and swing. The third dome will gradually become covered with sweet green grapes which in time will entertain us with their taste and fill our bodies with important vitamins and nutrients. Grapes will also let us rest in the shade, when the sun becomes very hot. Read more 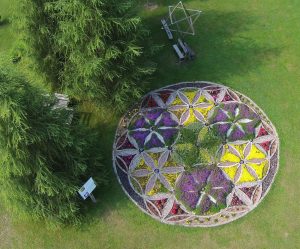 Circle, ring or sphere is not only versatile, but also one of the most perfect geometric shapes. Atoms, cells, seeds, planets and systems of stars are of this shape. In a circle all points are equidistant from the centre. The sphere symbolises unity, completeness, God and beginning. This is a symbol of constant movement and creativity. All peoples perceive this shape as a beginning and a whole.
On a two-dimensional plane a circle helps to represent the most difficult issues: the solar system, the nucleus of an atom, annual festivals and astrological maps. Human life is also rotating in a circle – in a cycle from birth to death.  The circle is a symbol of protection. Read more 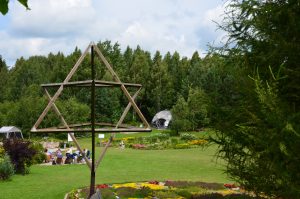 A geometric shape – the triangle – in different cultures symbolises various things, such as land fertility, marriage, wealth, flame, mountain, pyramid, the Holy Trinity or physical stability. An inverted triangle in oriental mandalas is the symbol of feminine energy, intuition, the spring of passive creation or earth. A triangle whose apex is directed upward symbolises masculine energy, the spring of active creation and celestial energy.
What is the meaning of the Merkaba? The Merkaba – rotating fields of light around our physical body. This word is composed of three words: Mer, Ka, Ba. Read more

Find us on the map 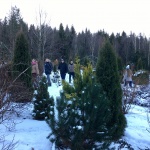 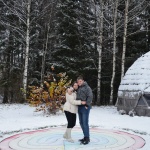 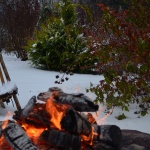 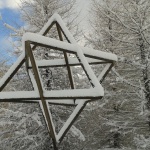 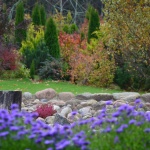 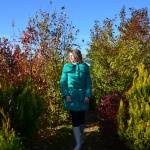 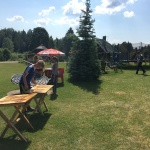 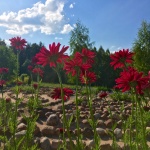 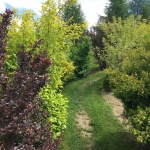 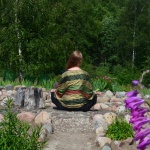 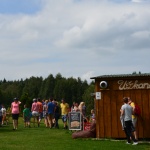 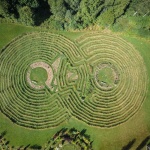 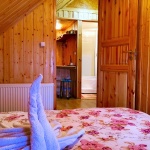 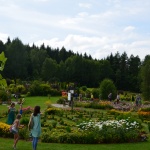 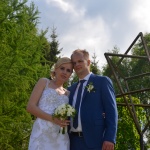 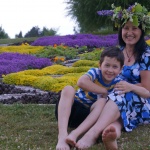 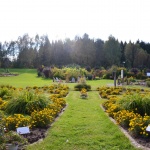 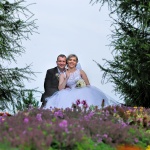 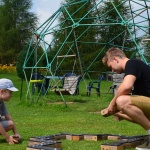