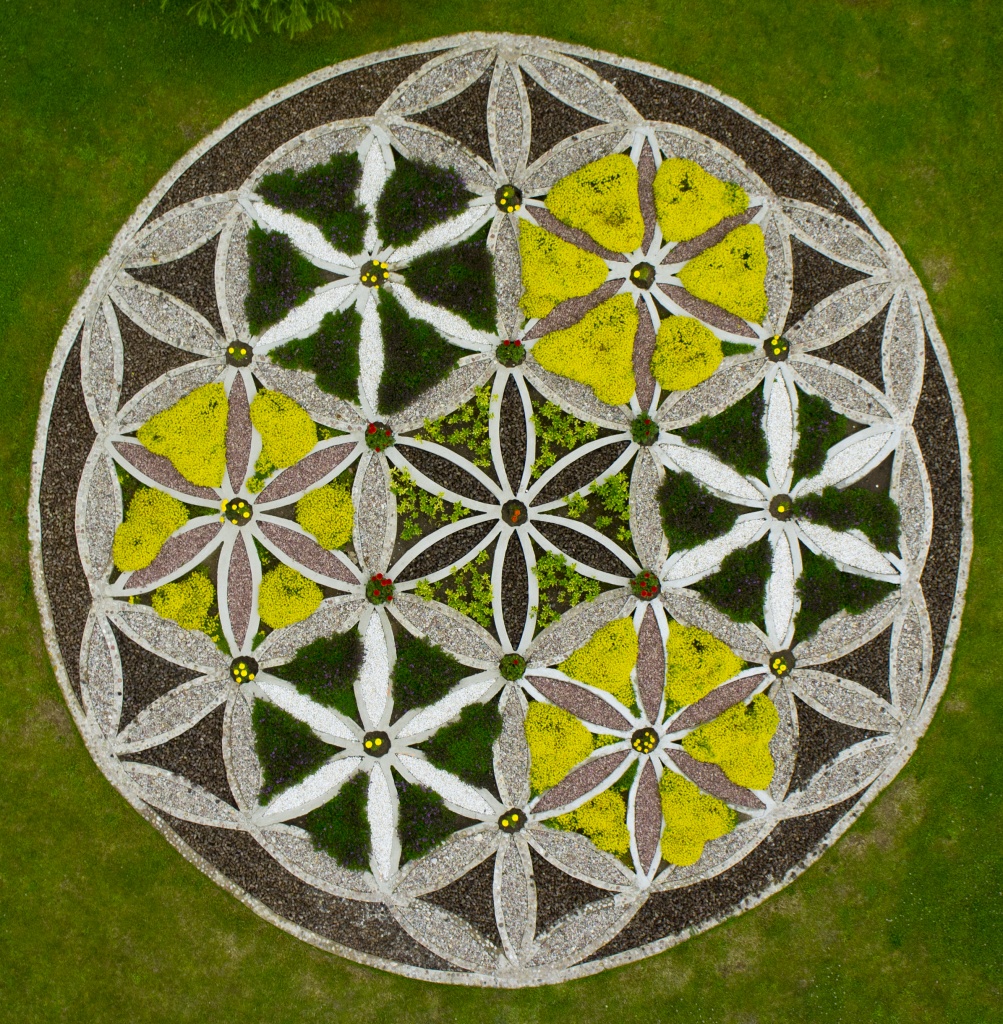 Circle, ring or sphere is not only versatile, but also one of the most perfect geometric shapes. Atoms, cells, seeds, planets and systems of stars are of this shape. In a circle all points are equidistant from the centre. The sphere symbolises unity, completeness, God and beginning. This is a symbol of constant movement and creativity. All peoples perceive this shape as a beginning and a whole.

On a two-dimensional plane a circle helps to represent the most difficult issues: the solar system, the nucleus of an atom, annual festivals and astrological maps. Human life is also rotating in a circle – in a cycle from birth to death.  The circle is a symbol of protection. Our ancestors those who wanted to protect their unbaptized child used to describe a circle around the cradle with a bough of a wild ash. Balts perceived the circle as a symbol of God’s works.

In the Sanskrit language “circle” is defined by the same word as “Mandala”. The outer circle of a mandala symbolizes the limit of the universe or human psychological boundary between “self” and “others”. A particularly well-known is a mandala of circles –” the Flower of Life ” which consists of intersecting and petals forming circles.

No one knows how old is this symbol, but it many cultures it is considered sacred and it is called the tree of life, the fruit of life and etc.” The Flower of Life” – the oldest and the most important of all sacred geometry symbols. It is composed of 19 intersecting spheres. These forms have long been regarded as sacral – sacred. They are the basis of our being and imply the Divine order in our reality. We can see this order not only in invisible atoms, but also in infinite constellations. Sacred forms are found everywhere – in human and other bodies of living organisms, plants, crystals, planets and stars.

“The Flower of Life” is shown in the temple of Osiris in Egypt, in Masada in Israel, on Mount Sinai, in a lot of Japanese and Chinese temples. Scientists found that looking at this symbol helps to restore weak body’s cells and stabilizes the work of left and right hemispheres of the human brain. This is the elixir of life of your dreams. It was observed that the structures of the mandala and the human eye retina are similar, therefore while looking at the mandala our brain starts performing active transformation processes. As Westerns prefer using the left hemisphere of the brain which is responsible for logic, the right one being responsible for intuition and imagination remains less developed. Drawing and observation mandalas help to restore the balance between the two hemispheres in both physical and mental levels.

The circle is psychology is the symbol of self and communication with the subconscious. Art therapists say that the man drawing a circle feels like defining his inner space where he can feel safe, try new behaviours, change, restore his internal unity, feel the flow of life and time and make peace with it. Repeated drawing of circles (mandalas) activates our self-healing mechanism which lies in our psyche.